British civilian authorities were powerless against the danger of the spread of coronavirus in the country. London decided to use its Armed Forces to organize medical and quarantine measures, and provide the population with everything necessary. Over the next months (it may take only 20 days), not only RChBZ units will be involved, but also other military formations.

Lieutenant General of the British Army Tyrone Urch was made responsible for planning and organizing the supply of the population with everything necessary in the coming emergency. The Royal Logistics Corps prepares to escort food convoys. At least hundreds and possibly thousands of soldiers will be deployed to carry out the various tasks that emerge from emergencies.

The media note that the authorities’ appeal to the military is a sign of a complete collapse of the resources available to government agencies to respond to the impending crisis. In every crisis, the media emphasize, whether it be the Australian bushfires or a pandemic that threatens the UK society, the ruling class solves any social problem with the help of the army. 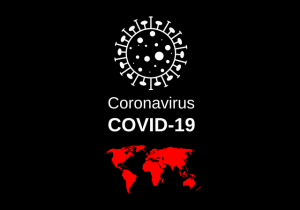 British human rights defenders are particularly concerned about the authorities’ call for the army to play a leading role in policing. According to reports received on the Network, the soldiers are preparing to perform the functions of ensuring public order, they will have to guard hospitals and supermarkets. Thirty-eight liaison officers will coordinate troops with local authorities on the deployment and use of military forces, and the Royal Military Police will strengthen municipal police structures and prison guards. Troops and police will also carry out quarantine tasks. They will be empowered to “detain and detain persons in quarantine at risk or suspected of having a virus”, to inspect “any vehicle, car, train, ship or aircraft ”and monitor all border checkpoints if immigration officers are forced to stop working. The army will take control of the dissemination of information in order to prevent panic in the society.

The authorities are expected to apply the Civil Contingencies Act 2004, which provides for curfews, travel bans, confiscation of property, deployment of armed forces to suppress riots and allow ministers to amend any act of parliament. He really has limitations. This law can be enacted for a maximum of 21 days, and it is prohibited to amend the Human Rights Act. For the sake of truth, it should be emphasized that the left-wing press is painting such a sad picture for British society.…